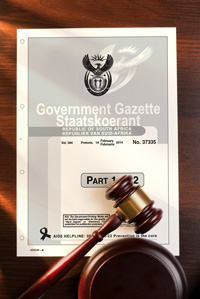 So whilst we are one step closer to new laws we must still make informed and professional decisions when considering immigration status as opposed to opportunistic immigration agents irresponsibly creating an agenda of confusion and panic to ‘sell’ more permits. At the outset it is important to appreciate that most of the commentary has emanated from legally untrained commentators who are neither lawyers nor legally equipped to appreciate how law is made and what the processes are when primary and subordinate legislation is passed and finally implemented. For the sake of the readers Craig Smith & Associates, a leading exponent and authority on immigration laws in South Africa, has offered insight into law making and more importantly the position on the immigration laws and the impact on those foreigners who are concerned with their status in light of the imminent legal changes. First off, the Immigration Act 13 of 2002, which repealed the old Aliens Control Act, forms the basis of the immigration laws today and this Act was amended in 2004 in terms of the Immigration Amendment Act 19 of 2004. Together, with the former and latter amendment Acts, the current Immigration Regulations of the 1st of July replaced the previous irregular Regulations of 2003. In 2011 the Immigration Act was amended again but its actual effect was delayed until the new Immigration Regulations were drafted and approved by the Minister of Home Affairs. It is this very process that is currently taking shape and in order for the ‘draft’ Regulations to be finalized it has been placed in the Government Gazette for public comment until March 2014. Such Regulations will not necessarily be the same as is currently up for comment and therefore it would be irresponsible for commentators to consider this to be the final document that will determine the implementation and when it will take effect. In fact, many of the draft Regulations are clearly misguided and unconstitutional and the Minister would be mindful of excessive legal challenges in areas that are susceptible for such challenge such as:

5 year evidence of cohabitation and or financial sharing of responsibilities – this test is clearly out of touch with the reality of what can be reasonably     considered to show permanent relationships as it is currently the same test for permanent residence and therefore it renders no category for temporary residence and thus it in our view is irrational – if anything the   draft regulation should unpack the actual requirements for financial sharing and cohabitation;

Direct intervention by the department of labour & trade and industry, respectively, in SA compounds the process to properly prepare a work or business permit as many foreigners who are abroad would need to engage directly with such government departments whilst they are abroad which impinges on their ability to prepare such permit application and this is contrary tot the stated Preamble of the Immigration Act;

This can hardly been considered as reasonable sanction in terms of the crime befitting of the punishment and the harshness of the sanctions for administrative overstays are clearly abusive and unconstitutional;

4. The inability to change status in South Africa other than exceptional circumstances

It would conflict with the Preamble of the Immigration Act as foreign applicants would have to return to their counties and apply abroad when they would need to engage SA government department for certain  documentation before they can apply for permits.

5. Anomalies apparent in the new Immigration Amendment Act of 2011

It is therefore advised that foreigners consult immigration lawyers who are adept and trained in the field of law to comment on legal matter like immigration and not consult with legally untrained agents who are neither regulated nor equipped to comment on the law as it stands.