Yasiin Bey was released on an R5000 bail, after being arrested by South African police. Bey caused a large scene when he was being arrested, his wife had to try calm him down.

“Top local immigration Layer Craig Smith in a desperate bid to get Bey out of jail.”

This article was published in the City Press, on Sunday the 17th of January 2016. 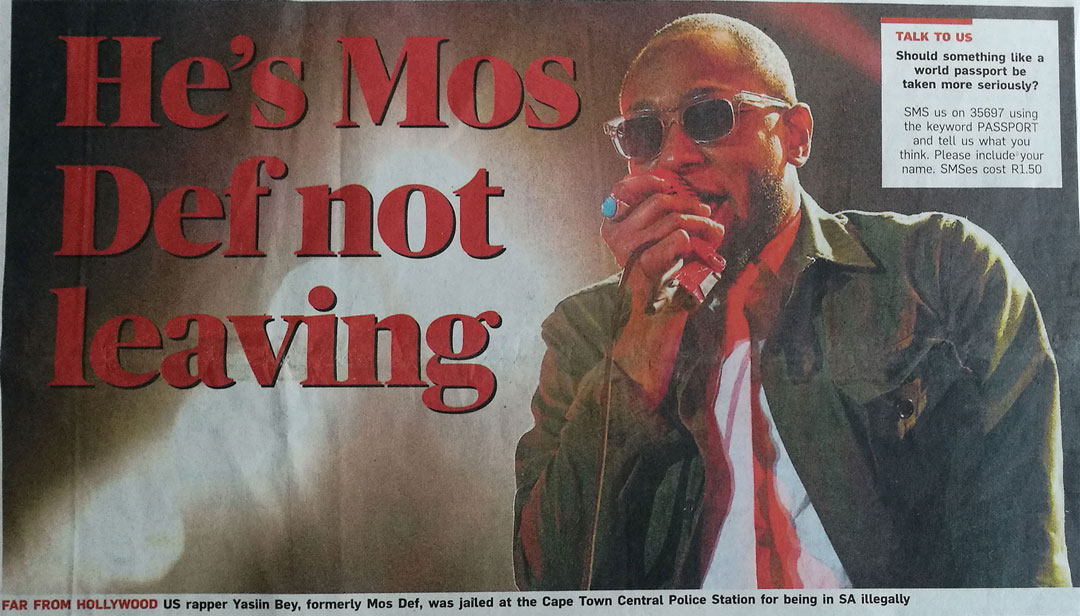 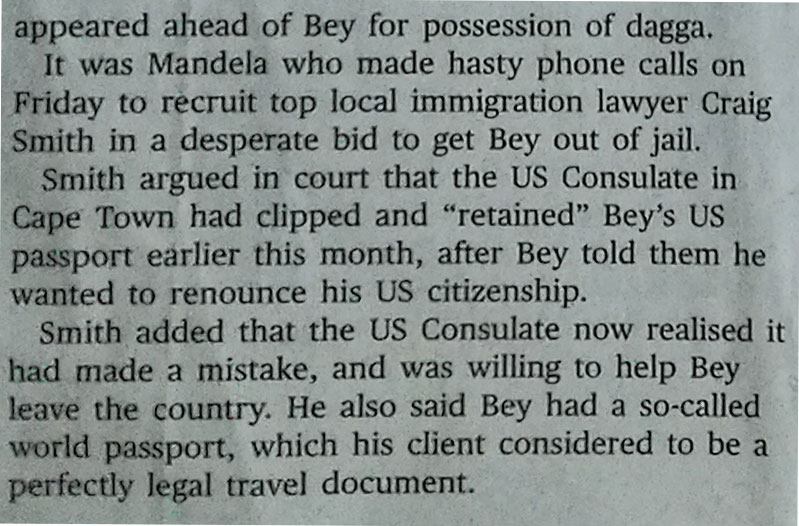 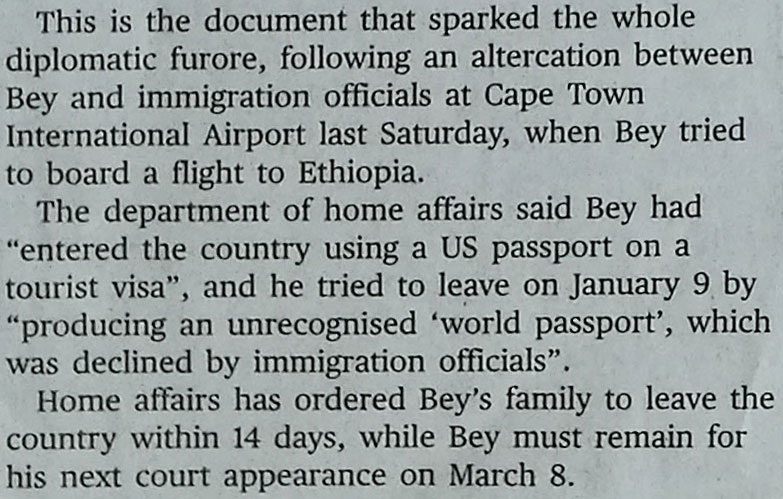